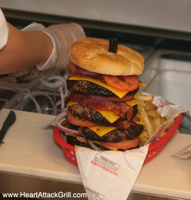 Over the past couple of decades education publishing has been characterized by waves of consolidation into a handful of giant conglomerates. This is a typical pattern in an industry as products commoditize.

We can see that they became huge – but what were the market forces that drove them to do this?

END_OF_DOCUMENT_TOKEN_TO_BE_REPLACED

50% of the men did not wear neck ties at this year’s Frankfurt Book Fair. Traditional publishers are struggling with appropriate responses to digital transformation and aping the casual style of Silicon Valley seems to be popular. Interesting fact – if you wear a suit without a tie you still look like a Book Rep.

This sartorial mis-match of rhetoric and reality summed up a lot of what I observed. Publishers are saying all the right things, but they haven’t quite figured out how to do them.

END_OF_DOCUMENT_TOKEN_TO_BE_REPLACED 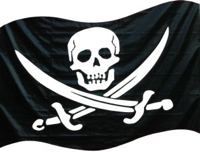 Scribd is working hard to be the text version of YouTube. Upload some text, tag it, and let the world discover it. It isn’t just unpublished novels – many copyrighted textbooks are already there via unauthorized uploads.

Like YouTube, users can upload anything and the site isn’t under any legal obligation to screen for copyright protection. Copyright holders have to proactively scan and search for their content. Get it taken down today – it can be uploaded again tomorrow morning.

For example, Key Curriculum Press’s “Discovering Advanced Algebra” is available for anyone to download all 888 pages for free (and has been since last August when it was posted by “skihe63”). It has been accessed 8,898 times since it was loaded less than a year ago. It is an older copyright, but still – on Amazon it sells for $25. That is $222k in value.

END_OF_DOCUMENT_TOKEN_TO_BE_REPLACED

Today’s hotlinks include Pearson’s take on publishing for the iPad, designing playful experiences, the coolest marketing program I’ve seen in a while, a new augmented reality game to promote social change in Africa, and Photoshop disasters.

John Makinson of Pearson Penguin gave an interesting talk on the future of publishing in an iPad world. Textbook publishers take note – he specifically cites one as part of his examples. This isn’t just for Penguin.

Pearson gets it – mostly. But they can’t escape the book metaphor. Essentially this is the sidescroller stage of evolution. Beyond Pong, but no further than Mario Brothers. Do something interactive, flip a “page.” 3D, embedded social connections (“who else in the world is looking at this page that i could talk too…”) etc. is still in the future and will require some radically different ways of constructing and navigating content. Hopefully they are working on that in the back of the back room. Hat tip to personanondata.

END_OF_DOCUMENT_TOKEN_TO_BE_REPLACED

New York, Texas, California, and Florida have opted out of No Child Left Behind (NCLB) and will be abandoning all high stakes testing. It is unclear at this time if other states will follow, although indications from across the political spectrum are clear there is strong interest.

In a joint press conference the Chief State School Officers for the big 4 expressed a commitment to move the money they are currently spending on high stakes testing into Art, Music, and Intramural Sports.

“Frankly we were not seeing real gains. We kept tweaking the tests and measurements to give the illusion that progress was being made – but at the end of the day it was the same old same old” stated one Chief. Another added that it was difficult to measure whether the tests were really making a difference. As he pointed out – “the mortgage crisis was driven by people educated 15-30 years ago, it is hard to see how today’s students could be dumber than that.”