New York, Texas, California, and Florida have opted out of No Child Left Behind (NCLB) and will be abandoning all high stakes testing. It is unclear at this time if other states will follow, although indications from across the political spectrum are clear there is strong interest.

In a joint press conference the Chief State School Officers for the big 4 expressed a commitment to move the money they are currently spending on high stakes testing into Art, Music, and Intramural Sports.

“Frankly we were not seeing real gains. We kept tweaking the tests and measurements to give the illusion that progress was being made – but at the end of the day it was the same old same old” stated one Chief. Another added that it was difficult to measure whether the tests were really making a difference. As he pointed out – “the mortgage crisis was driven by people educated 15-30 years ago, it is hard to see how today’s students could be dumber than that.”
In related news Pearson announced that in response to the announcement that they have added Video Professor to their eLearning line-up and are excited about the opportunity to start adding the Pearson portfolio into the beloved late night cable advertorials. “We think NovaNet and Pearson Inform will be big hits with this audience and we are excited to be extending our elearning reach into new markets.”
They plan on rolling out new video products targeted at the revived art, music, and drama markets. The announcement stated “Schools have thousands of laserdisc players in their inventory and we are proud to offer them a new use for this technology. Think of it as Gray-Ray and we all win!” 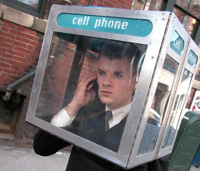 In response to these developments a spokesman for Houghton/Harcourt sniffed that this was a clear sign that it is time for Pearson to drop out of the race for dominance so that the nation can come together for the fall back to school season. He then added that if Pearson was as experienced as they keep claiming to be why did they buy the now moribund testing side of Harcourt? He added “Books, books, books – thats where we see all the action and growth over the next 15-20 years. Glad we dodged that assessment bullet in the Harcourt acquisition.”