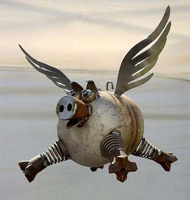 literacy n. The condition or quality of being literate, especially the ability to read and write.

Surpise! It turns out that the generation in school today is writing more and reading more. Several recent reports provide evidence to support this startling claim. The internet – a time pig that has consumed us with new ways of doing things – has wings.

END_OF_DOCUMENT_TOKEN_TO_BE_REPLACED 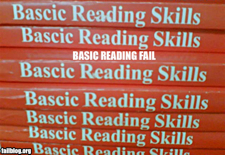 Why did I destroy a perfectly good book today? Actually more than good – Murukami never disappoints. Kafka on the Shore isn’t in quite the same league as The Windup Bird Chronicle – but it is a damn fine book.

Did I rip out the pages and make airplanes? No.

END_OF_DOCUMENT_TOKEN_TO_BE_REPLACED 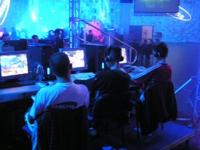 The reaction of many parents and educators to the idea of playing games in school is horror. School is supposed to be serious hard work. What these people don’t know is that in modern video games doing tasks repetitively to slowly build skills and status is the norm not the exception. These games are all about “hard” play.

Gamers have a term for this – grinding. Grinding is spending two months getting your mining skills up so that you can make a special suit of armor for your friends. Grinding is repeatedly doing some menial chore for a faction so you can earn status with them and get access to skills they can teach you.

Educators also have a term of art for this kind of activity – they call it building fluency. We learn most of the hardest skills in life through a slow process of accretion that amounts to building fluency. According to reading experts a child needs to read several million words in order to become a fluent reader.

END_OF_DOCUMENT_TOKEN_TO_BE_REPLACED

In Japan novels are serialized for cell phone delivery and published as dead tree editions only after they are hits. John Rice has a great post on on this at his Educational Games Research blog.

While this works because of Japan’s rather unique commuting environment the central point that any reading helps build fluency is well taken. Here is the money quote:

“It boils down to literacy events in the life of a child. The exposure to text, in whatever venue, increases the reading and writing skills of children. If children read a book, a comic book, or the story line in a videogame, they are reading. And that makes all the difference.”

This novel approach hits on two interesting themes. First, it takes advantage of the new format rather than trying to shoehorn the old way of doing things into the new platform. Publishers have worked hard to recreate the book experience on-line with very limited success. I would argue that this innovation is the reverse – making an on-line experience into a book, which is why it works.

END_OF_DOCUMENT_TOKEN_TO_BE_REPLACED

TORONTO – From the vendor perspective the big story out of IRA this year is attendance which is less than half of the number that attended last year. Final numbers are not available yet but rumors on the exhibit floor ranged from 5,000 to 7,500 and at times it felt like 0. Prior years have ranged from 17,000 to over 20,000. It is a shame because there are some exciting new products out this year from companies large and small.

No one had a definitive explanation for the drop off. It can’t be budgets, because Toronto isn’t any more expensive than Chicago was last year. In fact it has some significant bargains ($2 seats to the Bluejays anyone?). Perhaps it was just too difficult politically to send someone to a foreign country on a school budget. Maybe people were scared away by having to have a passport.

Whatever the cause it seems pretty clear that in the post 9/11 world American educators are not as able or as willing to embrace the International aspect of the organization. This is tragic because it is happening at precisely the time that the rest of the world is growing ever closer.