Mr. Vance’s normal beat is Silicon Valley, so it comes as no big surprise that the article is largely a big wet kiss to Sun co-founder Scott McNealy‘s publicist. Mr. McNealy rightfully gets props for his sustained commitment to Curriki which has built important infrastructure and tackled thorny questions about user generated lesson plans. But this article goes far beyond that effort in painting a misleading picture of what open source means for schools.

Worse, Mr. Vance’s lack of expertise in education led him to make three additional fundamental and common mistakes in how he presented the facts and interpreted them. Lets start with those and then proceed to the “math.”

The foundational errors are:

These are two distinct markets with unique competitive and customer dynamics.

Evidence? The companies that serve them have completely different K12 and Higher Ed sales forces, marketing departments, and development teams. If there were synergies beyond buying paper and press time in bulk they would be taking advantage of them.

In Higher Education the books are chosen by individual Professors and purchased by the students. This results in very narrow niches and resulting exorbitant costs that the end buyer has little or no negotiating power to counter. When a Biology Professor is one of 6 educators requiring his own book you end up with the $200 books referenced in the title.

By comparison K12 is a bulk institutional purchase where the textbook decision is made at the State or District level. The buyers have huge bargaining power which they have instantiated in legislation and regulations around the adoption and purchase of instructional materials. The typical K12 textbook costs $35-$60 and is used for 4-5 years at a cost of $7-$12 per student.

I’m all for using the market and new technologies to save money and improve learning. But textbooks are such small potatoes in the overall education budget that it is laughable to think that even if you could magically eliminate this cost (which we will show you can’t) that it would make much of a difference.

We spend $550 billion a year on education in the United States. K12 instructional Materials are 1% of that cost. Completely eliminate it and you have barely moved the needle.

Yes $5 billion is a lot of money – but in the context of of the whole it is insignificant.

Thus the whole premise of the piece – that a noble retired entrepreneur is leading the charge to fix education as we know it is silly. These efforts will, at best, nibble at one small corner of the overall challenge. Love him or hate him at least Bill Gates is tackling the real problems head on and at scale. 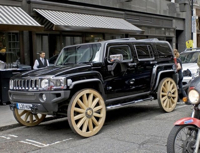 This error is perhaps the most fundamental of all and one I would have expected a veteran technology reporter to pick up on. Textbooks companies have in fact spent the last 20 years trying to recreate the book experience on-line. The results have been universally disappointing and are the equivalent of reading plays on TV. It is neither interesting or a good use of technology platforms.

Technology at its best allows us to do things in a new and more productive ways. For this to happen the experience needs to be redesigned and reengineered from a technical and cultural standpoint. This is why most technology diffusion takes 25 years despite the accelerating curve of innovation we find ourselves on.

The good news is that we are at 25 years of PCs in education and change is a brewin’. The bad news is that posting PDFs of textbooks isn’t where the market is headed.

Where this really hurts the argument being made in the article is that doing new stuff in innovative ways can be expensive. If we replace textbooks with compelling on-line simulations and games designed for classroom use (my vote for the best use of technology in education) look to the budgets of game developers to get a sense of the scale economics that will be required to support this effort.

This is always good advice when you find arguments being made that don’t stand up to scrutiny. In this case you don’t have to look any further than the screen you are staring at right now. The hardware vendors are the ones who have been pimping the idea of “free” content on the web as the solution to schools problems coming on 10 years now.

Sun was a hardware vendor at heart that wrote software to move iron (e.g. Java). Apple has been instrumental in changing the adoption requirement in Texas that allows adoption money to be used for digital products. Their end game is allowing adoption money to be spent on their equipment (e.g. iPad).

But “the computers are already there you say – this would be leveraging existing infrastructure to trim costs.” Wrong. The first error conflating K12 with Higher Ed ignores a fundamental difference between the two markets. Higher Education is a choice – and included in that choice is the student’s responsibility to provide their own technology. K12 Education is legal requirement and the state is required to provide all the necessary resources in an equitable manner to ALL students.

Read that last sentence twice and never forget it. Unless EVERY student has access to the platform the state has what is called an equity issue. The fact that 4-5 computers may be present in the classroom doesn’t mean that all students can access it – much less access it at home when they are doing their homework and using their textbooks.

In Higher Education the standard is much different. A company like Flat Earth Knowledge can offer their solution knowing that it is the student’s budget that determines if they can afford a computer on which to run the “free” book.

So to do the math on moving to open source digital textbooks one has to calculate the costs based on providing every student with a reader device that they can use on their own time. That device needs to handle the complex color charts and images contained in instructional content and ideally should be able to run simulations and other complex software that allows students to explore and play with ideas rather than passively absorb them. The screen needs to be large enough that students can read it without squinting since – hopefully – they will be staring at it for several hours a day.

In other words it needs to be an iPad or Android tablet. Dell’s Streak starts at $300 and the iPad at $499. Both include a monthly subscription that runs to around $125-$160 a year. Given how hard kids are on technology (puddles, playground tussles, etc.) you will also need a service contract at roughly $40 a year.

In Which We Do “The Math”

If the device lasts 3 years your annual cost at the low end is $265 per year. A bulk purchaser might be able to negotiate something closer to $200 per year – but not much less than that given that the margins on the devices are already razor thin. At the mid-range it could go as high as $400 a year.

I’m being gracious and not including the cost of the networks and IT staff needed support this kind of enterprise wide implementation of a platform. Since instruction is the core mission of the schools the bulk of that cost should rightfully be allocated to this effort.

At last we arrive back at the original promise of the article. What does it cost to provide a student with textbooks? At the HIGH end for 5 classes it is $58 a year. If we throw in some supplemental materials we get to a cost of $100 per student per year. Or almost exactly the $5 billion+ that is spent in K12 on instructional materials (54 million students).

There is already a significant base of technology in schools – but it tends to be more in the supplemental side of things not in the basal instructional resource area that includes Textbooks. This is because of the equity issue.

To get some sense today of what it costs to implement a basal instructional technology program look at Scholastic’s hugely successful Read 180. One actual proposal has the cost at $783 per student. This is for the digital/print instructional materials only and does not include an inch of network or a single keyboard.

We will ride the cost curve down and at some point – in the future – the benefits associated with the migration to the new technology will be justified for core instructional materials. It probably won’t even be when it is less expensive. If technological delivery truly delivers more effective instruction it can be justified at a higher cost (see Read 180 above).

But I think it is clear we are not there yet for the broad mass of students and teachers. We should be experimenting with this today and building the tools and resources to take advantage of it when we get there. Again – kudos to Mr. McNealy for his sustained efforts on Curriki in this regard.

The New York Times has utterly failed in its mission to inform the discussion of this issue by presenting the grossly misleading promises of the open source movement. What the advocates of this move are really pushing for is a transfer of the costs from books to a much more expensive platform.

I’m not an apologist for the textbook industry. I’ve spent over 20 years as a vocal and public advocate for technology innovation in education (here and here). But we do students and educators a disservice when we don’t provide them with a full set of facts to make decisions with. The open source debate is loaded with hidden agendas that the article did not touch on but which have a direct bearing on it’s central claim that this movement will save schools money today.