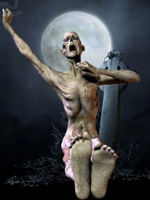 Are trade shows rising from the dead? Last week at CEC and this week at IRA attendance was up dramatically from last year. CEC went from 5,200 attendees to over 6,500. IRA was somewhere north of 12,000 depending who you believe.

Activity on the show floors was strong and sessions were oversubscribed.

Vendors I spoke with said their lead flow exceeded their goals and that they were having productive and valuable conversations. One company even had to FeEx in catalogs after they ran out at end of the first day. Attendees were not tire kickers but buyers looking for solutions.

Despite this I am skeptical that this is a sustained revival in show traffic. My sense is that this is a short term bubble driven largely by the stimulus. School districts can’t put ARRA money towards long term projects so sending teachers and administrators to shows for professional development is a good investment. If I’m right this will last through next year’s shows – then attendance will fall off again in 2012.

Several people I talked to also noted that Nashville and Chicago are better draws than Seattle and Minneapolis and that may also factor into the equation.

I only had a couple of hours to walk the IRA floor yesterday – but that was all I needed. The show floor was subdued compared to prior years. The big companies were mostly there, but the footprint was smaller and a good 1/3 of the hall was empty space. Those who did show up ditched the rock star lighting and troops of dancers.

What stood out was the focus on intervention and remediation. While basal programs were there they were not the focus the way they have been in prior years. This is probably due to the collapse of the adoption market in the last 18 months – the focus has shifted to Title 1 and IDEA rather than state categorical funds.

Another industry veteran noted that despite the clamor for more technology from schools the paucity of software was surprising. It was still largely a book fair.

We probably won’t be adjusting our trade show plans in terms of space or shows but we will probably send more materials and perhaps staff up a bit to handle the traffic. The analysis from the popular post on trade shows vs. web marketing still holds.