Publishing companies will have a major role in the CCS plays out. As the initiative’s web site states:

“Standards are not curriculum…The curriculum that follows will continue to be a local responsibility (or state-led, where appropriate). The curriculum could become more consistent from state to state based on the commonality of the standards; however, there are multiple ways to teach these standards, and therefore, there will be multiple approaches that could help students accomplish the goals set out in the standards.”

It is also important to note that the CCS only covers Reading Language Arts and Math for now. Since these two subjects account for over 70% of the market from a publisher’s standpoint CCS will drive the market. If the RLA and Math standards are successful we can expect the other subject areas to follow in short order anyway.

State of the Market Today

“The nice thing about standards is that you have so many to choose from.”

It helps to understand the impact of separate state standards on education publishing as it exists to see why there are compelling reasons to support this effort.

We’ll look first at Adoptions and then at Supplemental materials.

1. Competitive Framework: Adoptions have very high upfront fixed costs and a zero sum competition on the back end.

The whole market structure sets up extraordinarily high barriers to entry. You need the capital to develop and sample a program, the staff to reach every district in a state, and a deep backlist to draw FWO materials from.

It can cost $30-$40 million to develop a submission for TX or CA (with rumors of some at $125 million+). Once the materials are developed companies then compete for state endorsement which can take up to a year. If you make the cut publisher then go district by district to win the actual business. All along they are sampling like crazy and flying fleets of people around to present and schmooze.

Budgets are fixed ($35-$75 per student on average) and until very recently the money could only be spent on books, so price competition is low. The textbooks are all developed to the same scope and sequence – meaning they are essentially identical commodities (yeah – a bunch of editorial folks are going to have my scalp for that one).

For a competitive edge publishers sweeten the deal with Free With Order (FWO) materials – software, supplemental texts, test prep, on-line versions etc. With high sunk costs publishers are eager to close as much of the business as they can and the incentives all point towards competing to a marginal profit of zero.

This may sound like a good deal for the schools – but having followed this for some time there are three big downsides many schools don’t think about. First – most of this FWO stuff is not top quality. If publishers could charge for it they would. Second – it can make up to 60%-70% of the materials you receive – it will consume your time to figure out what it all is. Third – as a result it goes into a closet and never sees the light of day again. Storage is costly.

Caveat – there are some wonderful materials provided FWO – I’m speaking on average here (ok Editorial – put down the pitchforks and back away slowly…). 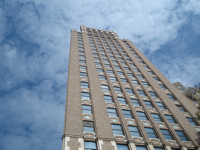 2. Writing to state standards favors three very large adoption states – everyone else lives in their world.

Many of the objections to the CCS are around the centralization of decision making. This ignores the reality of the market and the fact that right now 47 states have limited say in the matter.

California, Texas, and Florida dominate the adoption market. Given the high cost of building a program other states get adaptations of the CA/TX/FL books (and yes – there are plenty of exceptions to this rule).

Any text that doesn’t address a state’s standards fails on the first sales call. The big states use this as power to shape what gets written and how it is organized. Witness the recent dust up in Texas about pulling Thomas Jefferson out of the history standards. California uses its Legal and Social Compliance Review to shape not just what gets published – but how it is presented.

With both California and Florida on the sidelines because of the economic crisis Texas has the field to itself right now. BUT – since Texas exceptionalism led them to sit out the CCS initiative their relative power may be very limited. A consortium of 5-6 mid-size states would trump Texas’ market footprint in the eyes of publishers.

No state is large enough to sustain a focused development effort for supplemental materials. These resources are written for subsets of the larger student population. Publishers usually pull the standards for the big states (see above) and some of the national associations (NCTM e.g.) and write to this mashup. It isn’t efficient, it can lead to odd sequencing, and no one gets exactly what they want.

Publishers also end up absorbing the high cost of correlations to individual state standards after the fact. This ends up in pricing. In many of the smaller states publishers can’t afford to do a correlation, leaving educators there to guess on whether they are addressing the standards.

This creates a worst of both worlds scenario. Materials are written to standards but articulating how they are correlated is confusing, time consuming, and expensive.

Moving Forward
Why Would Publishers Support Common Standards? The Upside.

Given this context what is in CCS for publishers? Here are just a few that I can think of. Please add more in comments that I’ve missed.

A simplified business model. By developing for a national audience costs can be spread over a much larger base. This should both improve profitability at the margin and create pricing pressure saving schools money. A Win-Win.

Technology is changing the game – maintaining links to 50 sets of standards that change on different schedules is daunting and expensive ongoing commitment – particularly when the content itself is becoming more dynamic. Even though databases make this easier there are just too many moving parts to manage.

Playing nice with the major funders – most of the money for materials comes from State and Local budgets. Since CCS comes out of the Governors it makes sense to be at the table.

One of the big publishers will also reap outsized rewards on the testing side. If we move to a common set of standards there will be more standardization of high stakes testing.

Smaller publishers will find it easier to enter the market – niches will grow in size when it becomes easier to break out of regional territories.

Don’t get out the bubbly just yet. There are some potential downsides that publishers need to be wary of as this change moves through the market.

Self-Publishing by a consortium of states. This is hinted at in the language used to promote the project. Given the major push that open source textbooks have been getting recently there is a high probability that some group of states will begin publishing materials through their university systems. All of the ways that CCS helps publishers would also assist this kind of initiative.

New entrants as barriers to entry get smaller. There is a growing interest in the financial community in education. As we move further into a knowledge based economy education is more important than ever. This can take the form of new products (primarily technology) or in the creation of private schools and on-line academies.

Market disarray leads to a stall in purchasing. Another very real risk is that the confusion that will ensue from all the change will cause local decision makers to just sit on their hands. If the transition takes several years – as I expect it will – then this could be a damper on business already damaged by the recession.

On balance publishers have a lot to gain from Common Core Standards. It makes sense to throw our weight behind this effort in the coming years while making sure we are positioned to compete in an era new entrants and more efficient business models.