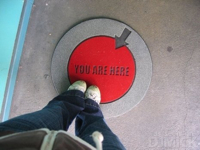 iPads in the classroom are all the rage in the education publishing market – somedays the oxygen for discussing anything but learning tablets has been sucked out of the room.

As we move beyond the giggling crush stage there are a couple of points to consider that might give publishers a more grounded perspective on where we really are in the adoption cycle.

Falling Off The Learning Cliff

Practical matters first. My son’s high school, Westlake, in a pioneering move gave every Junior and Senior an iPad this past school year.* As a parent, ardent iPad user, and publisher I was a bit stunned by the following end of year surprise.

“Fortunately” my son did not use the iPad as his primary note taking tool, nor did he have digital textbooks that he needed for his finals on the iPad. It is hard to see students (or teachers) fully embracing the device once they grok this fundamental flaw in the system.

The school is in a tough spot here – as a practical matter you need to start corralling the gear before everyone disappears for the summer. But, if you want this to be the primary learning device then students need access to it right up to the bitter end.

Obviously a new process needs to be invented by some clever person (if your school has sorted this out please post a comment).

This is one of the best examples I’ve ever seen of the market slowing friction of unintended consequences. In the seminal work “Crossing the Chasm” this kind of problem is what separates early adopters from the broad market, it is the chasm.

Early adopters are willing to sacrifice their own time and reshape themselves to the technology. The broad market demands solutions that adapt to them. Sometimes this is a feature of the product, sometimes it is a complimentary process improvement, sometimes it is a cultural adaptation. But the chasm can’t be truly crossed until these problems are sorted out.

In other words getting from the early adopters to the broad market is hard work and takes time and focus.

iPads – The Early Adopters Have Adopted

So what is the market penetration so far? According to AAP Apple has succeeded in seeding the education market with 1.5 million iPads since its introduction. It isn’t clear if this is K12 and Higher Ed – but assuming this is just K12 this represents 2.5% of the addressable market of 55 million students and 3 million teachers in the US.

It is an impressive demonstration of market momentum, but isn’t the kind of game changer we’ve been promised – yet. I have absolutely no doubt that it will be, but until the early adopters sort out the kind of practical disconnects outlined above the broader market will hang back.

As publishers we need a credible strategy and story for incorporating tablets into instructional materials. We must participate in solving the practical problems that will smooth the way for broad scale adoption.

But from a market opportunity we’d be better served by putting relatively more time into helping schools sort out digital white board solutions (with over 40% penetration ). Just saying….