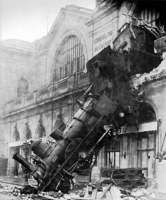 Is the instructional materials market in the tank? I’ve spoken with people at a dozen companies who are all seeing the same thing – since November 1st a moderately down market has dropped like a stone. A senior executive at one of the big 4 publishers flatly stated that this was the worst he’d seen it in 35 years. I’m inclined to agree.

For the supplemental market the evidence points towards a stall – at least so far. Low sales numbers don’t match the funding availability, there is no evidence that a huge amount of funding has been pulled from the market all of a sudden, What we do have is an abundance of uncertainty which is prompting districts to sit on the funds they have.

On the basal side it is another story. In general states are stalling, canceling, and opening up their adoptions as a means of responding to budget shortfalls. Given the long wave nature of adoptions even stalling is more than a temporary problem for the large publishers. The large publishers have reacted accordingly with McGraw-Hill laying off over 500 people and HMH a smaller number. It appears that the brunt of those layoffs occurred in adoption states. States also appear to be using the crisis as an opportunity to reform adoption rules in ways that open them up to new media and competitors (technology).

As a general rule a down market for basal materials means an up market for supplemental as schools fill gaps and extend the range of the basal programs. In this market the best we can hope for is probably level funding for supplemental, which given the dismal numbers on the basal side amounts to the same thing. As the old joke says “I don’t have to outrun the bear, I just have to outrun you…”
The current market is a noxious intersection of several trends.

1. Stimulus – Everyone was expecting a cooling in the market when the stimulus program came to an end in September. Then the Feds announced that they would grant extensions through next September to pretty much anyone who applied. Prudent districts will sit on these funds until next summer when they have more information about all funding sources. Technically this isn’t bad news – but it doesn’t help us right now.

We may also be experiencing a “stimulus hangover” similar to a sales dip in the car market after a huge round of incentive driven purchases.

2. Adoptions – While state tax receipts have stabilized and even started a very slow crawl back they are still too low to fund essential services. Witness California cutting $1 billion from K12 and Higher education. Numerous states have cancelled or postponed adoptions and there is some evidence that this whole market mechanism is unravelling before our eyes. Since many districts don’t know when they will be able to buy core materials they are husbanding their available funds for a much broader array of products than in the past – competition is more intense.

3. Technology – The success of blended print/technology products is upending the traditional buying processes in districts. This is the result of new regulations on the adoptions that are moving along that allow districts to purchase in many media rather than requiring a book. New product evaluation procedures need to bring both textbook purchasing and technology experts together. This is taking some time to figure out and gumming things up.

4. Waivers – The Department of Education has created uncertainty about accountability requirements by moving ahead with the waiver process. This is really a result of Congress’s inability to pass a reauthorization of ESEA (NCLB). Something had to be done.. The new guidance districts are getting from the feds is often in conflict with existing regulations at the state level – until this is resolved districts won’t be comfortable releasing funds they already have.

5. Budget – The Super Committee failure at the end of October aligns almost perfectly with the stall. Correlation isn’t causation, but in this case a good argument can be made that uncertainty about the availability of federal funds cascaded through the decision making processes under way at districts. As of the end of December the new budget actually increases Title 1 and IDEA. This was too late to help with December sales but should free up Title 1funds in particular in the new year.

6. Rescissions – As part of the DOE applying the existing rules in a tight budget they are getting stricter with states about rules and regulations. This has resulted in some states seeing rescissions of already allocated funds. These are not large amounts – 1-1.5% in average. But for cash strapped states who can’t make up the difference it is creating a huge problem. Until people at the district level have certainty on the funds they can spend they will wait.

So what should companies do? Do you take short term actions to tide you through a couple more months of uncertainty or do you plan for a different future? Market mavens are counseling a wait and see attitude – expecting that once the budget issues are resolved in the next 6-8 weeks that the funding levels will be pretty close to flat. They are urging supplemental publishers to refrain from doing anything drastic until we have more information.

From the outside the layoffs at McGraw-Hill and HMH are linked primarily to the cratering adoption market and teeing up new investment in technology solutions. There may be some correlation to the short term dip, but they appear to be strategic moves addressing longer term trends. In other words they probably are not harbingers of what smaller companies should be considering.

In the end every company will have to make their own informed decision and accept the consequences. Get out there and talk to some customers, consult the folks who track funding, look at your product pipeline, and match your response to your findings. There will be no “right answer.”