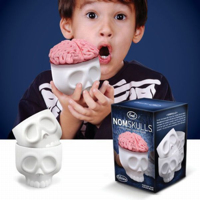 Ed Note: One of my favorite thinkers and practitioners on engaging kids deeply with Math and Science is Jim Bower. Jim is that rare combination of theorist and practitioner who is successful in both realms. He is both a Professor of Neuroscience at UTSA and the Founder/CEO of Whyville.net, arguably the stickiest web destination for learning ever created.

Jim has strong opinions, but he has earned the right to hold them through deep thinking and risk taking that applies his theories successfully in the real/virtual world.

Please invest the time to read Jim’s post where he challenges us to see why the web is making us smarter, not dumber. The TEDx video then answers the question of exactly how you do this.

By Dr. James Bower
Recently, I was asked to participate in the awards ceremony at the White House for the “Apps for Healthy Kids Competition”, announced by Michele Obama and the United States Department of Agriculture last March. The program was designed to encourage game developers to make online games and mobile apps to help kids learn about nutrition.

After the ceremony I took advantage of a beautiful crisp day and walked to one of my favorite book stores, Kramer’s Books in DuPont Circle, to browse the newly released books in Science and Technology. I usually make this pilgrimage to see which of my friends have finally finished their books, but on this particular occasion a book titled ‘What the Internet is Doing to Our Brains: The Shallows” by Nicholas Carr caught my attention.

Suspicious, I skimmed the liner notes, to find that, indeed, it turns out that there is yet another danger now posed by the Internet to our way of life: it is altering our brains to make us dumb and superficial – and we are, as a consequence, loosing our capacity for “concentration, contemplation and reflection”. Claimed support for this assertion comes from “pioneering” neuroscientists Michael Merzenich and Eric Kandel.

After scanning the liner notes and chapter headings, I didn’t buy the book, I suppose making me potentially yet another example of the deleterious effect of the Internet on human brains. However, with respect to this particular subject, I may sit in a particularly interesting place.

First, I am, in fact, a neuroscientist who has spent 30 years building computer models of cerebellar cortex trying to figure out how it works.

Second, I have spent the last 25 years studying how to actually use computers and computer networks to make us smarter, deeper and more engaged, not less.

Third, the reason I have been invited to contribute to this august part of the evil blogosphere, is that I also founded and for almost 12 years have run the children’s learning virtual world, Whyville.net.

And, I simply don’t see it.

Last fall, I found myself making a presentation at the Center For Technology in Teaching and Learning at Rice University to a group of middle and high school teachers interested in using online games and the Internet in their classrooms.

At the start of the presentation, I asked the teachers why they were there? The first teacher said, ‘because we have to do something, our schools are failing’. (Just as a side note, I believe that learning in those schools is built almost entirely around the deep contemplation of the printed page.) The second teacher however said, “I want to see the light in my kids eyes at recess, when they are on the computer playing games, in my classroom.”
I now know that I should have responded that the apparent light was an illusion, reflecting only the natural tendency of humans to prefer the superficial, but I didn’t. Instead I asked the teachers how many times, when they introduced a new subject in their classes, one of their students already knew more about it than they did. 100% of hands went up.

So, what is going on here? Why the endless drum beat of warnings about what the Internet is doing to our kids and their minds on the one hand, and then on the other, the growing experience seen by teachers and in Whyville that the Internet is actually much more deeply engaging kids than is traditional school, or their textbooks?

It is probably inappropriate to launch into a political polemic about who benefits and who is hurt by the massive disruption of business as usual represented by the Internet. But it seems pretty straight forward to me that people who make a living writing books, reporting for newspapers, and broadcasting TV might have an ulterior motive in suggesting that the internet is a bad thing.

But no space for political polemics here, instead in my remaining 100 superficial words or less, I want to tell you what we at Whyville are trying to do to set the record straighter.

First, we have always made every effort to have parents, or other adults for that matter, engage with kids in Whyville. IMHO, the disconnect between the lives of kids and the lives of adults is a particularly serious dysfunction in modern society, which the Internet can also help fix.

Working with our partner Media Chaperone, last fall we launched a new face book application, called “Piggy Back”, that is designed to keep parents informed about their children’s use of sites like Whyville.

When originally approached by Media Chaperone, their focus not surprisingly given the general media ‘internet scare’ story, was principally on providing information so that parents could be certain their kids were safe and behaving properly on the web. In our first conversation about a potential partnership, I pointed out that, actually, parents are much more interested in hearing positive than negative things about their kids and that in Whyville, there was a great deal positive going on.

As a consequence, parents using Piggy Back (it is free), now get daily reports on their children’s progress in understanding the physics of angular momentum, or their success in saving virtual money over time to buy a virtual car, or even, when their child contributes an article to the Whyville Times, Whyville’s online newspaper. All of these activities require deep serious effort, and concentration, BTW.

It seems to me that the problem isn’t that the Internet is making us dumb or superficial, the problem is that too little attention is being paid to the ways in which kids, in particular, are actually using the Internet and few have been interested in providing that information to parents.

Oh yes, there is also the problem that many sites built for kids assume they are superficial, but that will also likely change, as parents, publishers, authors, elected officials and especially venture capitalist finally recognize that people, and especially kids, want to be smarter, not dumber and the Internet is increasingly how they will do it.