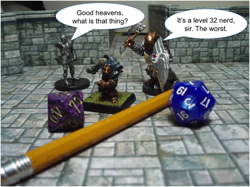 There are bad ideas that become iconic for every era because they were popular fads. Pet Rocks, the Pacer, Supply Side Economics, and .com groceries all come to mind.

Looking back we all scratch our heads and wonder – why?

Gamification, ripping the reward and recognition systems out of video games and applying them to behavioral modification is likely to stand in for our current times in the future.

In the attention economy everyone wants stickiness, products that get used a lot. Some of the stickiest products ever invented are video games. World of Warcraft has a whole genre of humor dedicated to how obsessive players are. The list of sticky games is long, Whyville in education and it’s many spawn like Farmville on Facebook come to mind.

The most common elements in gamified applications are:

Gamification is all the rage right now with entrepreneurs and VCs. They are building products for wellness and health, email management, location awareness, sleep management, homework, to do lists, prayer, and just about any sphere where people want to change themselves or manage processes that are boring.

The opinions expressed in the column were earned through experience. Like many in the education game community, I was initially excited about extending the power of games to other contexts. But as I used these tools I found that they could spur a week or two of use but they lost their punch quickly and faded away. After the 5th application the pattern started to emerge.

I’ve been using. Weight Watchers excellent iOS app for a couple of years now. It is useful and well designed with plenty of what could be considered game like elements. But it is not a game. Tracking your food necessary for success but is still a chore. I never stayed up until 1 AM trying to get to the next level of weight loss (hmm but maybe I should…).

Based on my experience there are three fundamental errors that underly the rush to gamify everything.

The first error is assuming everyone responds the same way to game mechanics. There is quite a bit of literature on the different styles of gameplay most of which builds on Richard Bartle’s work. Anyone who has spent a meaningful amount of time in the on-line game arena quickly identifies with Bartles four categories of Achievers, Explorers, Socializers, and Killers.

Simply put. gamification only works on a sustained basis for a subset of the population – it is not a universal panacea. Not only that but the Achievers often play for the recognition of the other groups – so only focusing on this one group omits the necessary context of Achiever’s motivation.

If you took a steering wheel and handed it to someone who knew nothing about cars they could describe in great detail what it is. It is round, hard, ridged, has a stem, and there is a large bag packed into the center. What they couldn’t tell you is what it does. Context matters for true understanding.

Why is it round (human arms), why is is it ridged (human fingers), what does that stem do (control of other front end systems), why is that bag there (human lives). None of those things make sense without understanding the human and other machine components of the larger system.

If you want to understand game reward systems you need to play a lot of games so you can grok the context.

Conversely if we hired a master mechanic and told them to go buy the best example of every car part we would not end up with a functioning automobile. Systems design also has to apply to context. Our steering wheel has precise dimensions so that it attaches properly to the steering column and provides proper sight lines to the speedometer.

Remove reward systems from games and you do not have a functioning mechanic. Even an extremely well designed gamification system out of the context of the rest of the game has no sustainable use. You might get short term gains but only the obsessive compulsive Achievers will stick with it. (That is a market segment, but not the one everyone is shooting for.)

There (at least) three contexts in games that interact with the reward elements in ways that make the overall system work. The true value lies in how the components ALL interact. I will refer to these as components but in practice they are nested systems themselves with their own internal dynamics.

Narrative context – scratch 90% of gamers and they tell you that they engage with the story line of the games they play. In a casual game it may just be that the birds are angry, in an MMO it may be an intensely co-created universe like Eve Online. Since so many of these involve elves and rescuing princesses or invading alien bugs non- gamers too easily dismiss what they see as silly window dressing. Don’t. At one level the reward system is the marker for your progress through the narrative. It makes the immersion more immediate and reminds you of how far you have progressed.

Social context – we are social and competitive beings. These two elements are linked. It is hard for me to sustain competitive fervor against people or groups that I am not socially close to. Trust me on this one, I’m a Red Sox fan. Or pick any college rivalry. Why is Words With Friends so compelling? What keeps people playing World of Warcraft for years on end? It is the relationships and the rivalries, some friendly some not, that emerge from playing together. Competing with random strangers to be “mayor” of a local coffee shop isn’t a sustainable business model. The novelty wears off and we drift off to places where we can truly interact with other people.

Fun context – last but not least game reward systems are situated inside of an activity that is fun. Taking a boring chore and bolting game mechanics on it doesn’t make it any less boring or any less of a chore. Put another way, sober up a horse thief and you’ve got a sober horse thief.

In many ways these relate back to the other three categories identified in Bartle’s work – Explorers like engaging with the narrative, Socializers revel in schmoozing, and Killers play for the joy of offing competitors. All rely on the presence of the others to get the full experience.

Education and learning in a school setting is a long term project not subject to quick fixes and panaceas. It would be a mistake for Education Publishers to embrace gamification without the larger contexts of games. I passionately believe games can make a huge difference in learning, but we need to embrace all the elements for it to work.

I’m not saying reward systems can’t be well designed , but you can’t just take the game elements out of context and have them work on a sustainable basis.