Mike Morhaime, President & Co-Founder of Blizzard Entertainment kicked off the Austin Game Developers Conference (AGDC) this morning. Blizzard produces the wildly successful World of Warcraft on-line multiplayer behemouth (9 million+ players worldwide). AGDC is focusing on on-line games this year and a packed auditorium was eager to pick up some pearls of wisdom from the industry leader.

Blizzard matters to education because when you strip away the Orcs and Elves under the hood they have built an extremely elegant learning management system. As the undisputed world wide leader in the MMO space we have a lot to learn from their approach to building products and structuring their business.

Morhaime started by taking us over some familiar ground – the extreme rate of change we are living through and how it is difficult for us to see it from the midst of it. For example, in 1991 it took 9 hours to fly from Los Angeles to Paris. If airlines had kept pace with the rate of improvement in computer speeds it would now take 2 minutes.

My surprise of the morning came when he revealed how Blizzard has deep roots in the Education Technology space. They were founded in 1991 by three recent UCLA Engineering Grads with 2 PCs in an apartment. In 1993 they were purchased by Davidson and Associates. Through various corporate mergers they are now part of Vivendi.

One has to wonder if some of the lessons from ed tech about neurscience and learning rubbed off on the game guys – after all the first task a successful game has to master is teaching the user how to play the game. Without this it becomes an excercise in frustration – i.e. a bomb of a game. It is an economic imperitive that they get this right. Hence the elegant learning management system underlying the whole game.

From there he walked us through a series of solid business advice from a hugely successful company. There wasn’t anything earth shattering, but then success is usually built on solid execution of some great ideas. In order they are:
1. Gameplay first

Their first priority is always to make great games. If they don’t get this right none of the rest of it matters. The game market is like a donut – in the center are the core markets (hard core players, opinion makers) but the casual markets are the much bigger ring. The combination is success not one or the other. They try to build games that are deep and replayable while still accessable.

Another way to put this is that game should be easy to learn, difficult to master. As an example he cited Guitar Hero. Anyone can get into it quickly.

2. Build and Protect the Brand

They want to be seen as high quality – with fun and polish One way to test this goal is to have a player see an unknown game from Blizzard and they buy it because they trust the brand so much.

They strive to only make “brand deposits” only – not “brand withdrawels.” This drives promo plans, fees (value equation). 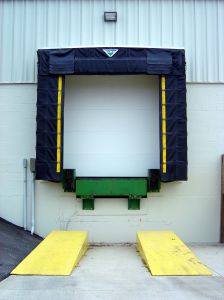 3. Resist the pressure to ship early

You only have one chance to make a first impression.

Think long term – don’t mortgage the future to meet the quarter. In 1996 when they were working on Diablo – they were shooting for xMas. Instead they released it on Dec 31st. It sold well through the whole following year. No one looks back and says “of only they had released it 3 weeks earlier”. Players love it but if it had gone out early they would only think about it as a buggy game.

4. Resist the pressure to do everything at once

Don’t let the distractors pull you away from what is important. Build on your successes, gain expertise, then get more ambitious. If you try to do everything at once you risk actually goes up.

5. Estimating Demand is always a challenge.

WoW was their first on-line subscription based game. Their launch night was off the charts and they realized they needed more hardware immediately. Several times in the first year they had to stop retail distribution because they didn’t have capacity to support new users.

When they launched the latest release to WoW they overestimated but the system held up to 2.1 million units moving in the first blush of the release.

They went from 250 employees (estimate from the chart) to 3,000 between 2003 and 2007. As business exploded they had to scale across the entire business – every function. They could not have done it without putting a solid HR team in place. He didn’t mention it, but this is the kind of advantage you can get from being part of a major corporation – this type of expertise and the systems needed to support it can be quickly grafted on.

7. Running a MMORPG is not just game development.

You need 24/7 IT, community management, and global services. Everything that impacts a players experience are as important as the game play itself. They became a service company.

8. Communicate – or people will make stuff up.

They found they needed formal processes to keep the community and international divisions informed – particularly during fire drills. This involved things like formalized email lists to push information and a layer of people who were around the development team to keep internal info flowing. Another example is a process for dealing with problems when they didn’t know when it can be fixed (e.g. check back in an hour).

If there is a financial reward – a lot of people will go out and do it. Gold farming, account stealing, credit card fraud. This has bad implications for the wider group of players who just want to play the game. They do whatever they can to minimize the financial rewards but it is a constant battle. The believe it is important that they fight this behavior to protect their players.

Everyone at the company tests, then they do a public beta. In the public beta you find out from more about load balancing. More importantly you uncover exploits or what they call “cheese” – a most efficient path that gets you game rewards faster even if isn’t fun. People will do it if it is there – which will rub off on the game negatively. They strive to loop back to number one – gameplay matters.

He also spent a fair amount of time talking about how they have evolved as a global corporation. They now get more than half their subscribers from Asia and when they released the Burning Crusade they did it in a series of midnight releases rolling around the globe. In the old days (the 90’s) they would release it in the US and then some time later do translations and release it overseas.

As education goes more and more global this has interesting implications for our business. It will clearly move much more closely than it will in the gaming world. But you just have to listen to Marjorie Scardino of Pearson talk about China to get a sense of how it is coming at us and quickly.