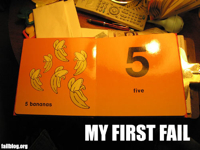 My last post on the difficulty of educational reform got me thinking about that other massive system we are trying to reform – healthcare. One way to understand the healthcare system is to compare it to education – where we have had universal single payer access for over 100 years.

In that vein – what would education look like if if it were run like the healthcare system? By transporting our healthcare practices to another environment we can strip away the patina of familiarity and acceptance and see some of the insanity in our system in a harsher light.

Well meaning people can disagree strongly on the specifics of what is needed (and they do). I found as I wrote this that I had to examine my own pre-conceived notions. For example – state funding for education creates some of the same problems the system of private monopolies in medical insurance forces us to wrestle with. The public option in healthcare is the mirror image of charter schools in education – both aim to open up competition and provide alternatives.

There is more than enough idiocy go around here – in what follows we don’t spare Doctors/Teachers, Patients/Students/Parents, Politicians, Insurance Companies, and Lawyers.

I hope this attempt to examine this question with a little humor has opened some eyes. It could have gone on much longer – but I hope this makes my point. Universal access to education has on the whole been a huge success in our society. We should have universal access to healthcare as well for many of the same reasons. But the most fundamental reason to reform healthcare is that it is a moral challenge to our culture, in the same way education is.

Analogy is an effective educational strategy – with the ability to speed comprehension in the same way a power drill speeds home repair work. But it also has its limits. This has been a fun post to write – but I have no doubt it offended some people I hold near and dear. If I have – my apologies.

Education has its own share of thorny issues – and the pressure there is in the opposite direction of healthcare – towards more privatization. But given the out of control costs, gross inequality, and life and death impact, healthcare is the higher priority. It is good that we are tackling it first.

The fight over education reform will come up next year when the education act is up for renewal. Perhaps then we’ll reverse this lens and see what Healthcare would look like if we ran it like education.