Growing up in New England I was taught that it was rude to discuss politics, religion, or money with casual acquaintances. Later, when I entered the business world, I was never one to socialize much with co-workers beyond lunch or meals on the road. It isn’t that I have a problem with making friends through work – I often do – but as a matter of preference I like to keep a little distance between my work life and my personal life.

Thus, when I dove headfirst into social media and on-line gaming four to five years ago I tried to establish different outposts for the compartments of my life. LinkedIn was for work, Facebook was for friends. Twitter and World of Warcraft were supposed to be for friends. Plaxo was work related. This blog is my professional on-line persona. I reserved politics and spirituality for other blogs.

Except – it didn’t work.

A business associate found me on Facebook and requested official confirmation of our “friendship.” I found long-lost college buddies on LinkedIn and reached out to reaffirm treasured bonds. I started writing about videogames for learning – and people at work wanted to play Warcraft together. My politics seeped into Twitter and Facebook and became impossible to partition away. Out of curiosity I looked up campaign contributions from people I respected.

It has all become a hopeless hash.

I give up. I have discovered that on-line your whole identity will find its way out. It would be flat out rude to tell someone on Facebook you will only be their friend on another network – perhaps one they don’t belong to. When you write something political it is there forever and probably hot-linked to Twitter, Facebook, or Plurk. Images and notes from young people’s loves and parties will survive on Facebook long past the time my generation pushed those memories to the cranial dustbin.

In a break with my upbringing I have concluded that this is a good thing. It will force us to be more tolerant and accepting of each other in the full complexity of the human condition. If no one can hide, then we have to learn to cut others slack. The golden rule is more needed than ever – treat others on-line as you would like to be treated yourself. 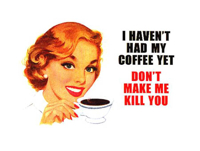 Like it or not we are all political, spiritual, economic, and sexual beings. If you express thoughts on any of those topics in one of your on-line beachheads it will drift into the others. If you break connections because you can’t tolerate the divergent opinions of others then that will be the trail you leave behind.

The new skills needed to navigate this maze are still being worked out. If someone says something we find objectionable we need to parse whether silence or a polite response is called for.

If you manage others there are legal restrictions on acting on some information you may discover. Likewise, if you express opinions on-line in non-work related arenas it would be unfair for others at work to claim you are creating a hostile environment if they disagree with you. On the other hand, if you knuckle-drag it through the office door you have no excuses.

All of this requires a certain decorum, a willingness to clarify fact from opinion, and the use of language appropriate to the venue and topic.

Profanity laced diatribes that lace into others for their opinions have a half-life far beyond your moment of righteous anger. And yet – there are times when a expletive rich screed is precisely what is called for. Learning when and where it is appropriate is an essential 21st Century Skill you won’t find on any of the official lists.

So chill. Be yourself. Let others be themselves. Disagree or agree with them – but do it firmly and politely.

Wade in – the rich rewards of friendship, knowledge, and amusement are worth the effort to learn a new way of being.