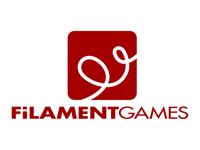 I’m jazzed to report that I started as Filament Games’ new CEO this week. I consider Filament the global leader in crafting learning games with an emphasis on the classroom. Over the past eight years Filament has worked with more than 40 organizations, built over 50 learning games, and won numerous awards. It is a very cool company doing important work.

Long time readers know that I am passionate about tackling the power of games for formal learning (see the Serious Games thread), so this is a natural move.

The learning games space is experiencing a boom – more than half of the most recent SBIR grants from the DOE were for cutting edge learning games. Filament was one of the awardees. Games are a bright spot in a troubled industry.

When we announced that PCI Education had been sold back in December one of the founders of Filament Games, Dan White, called me. I’ve known the Filament team since 2007 and PCI had partnered with them on a series of science games. Dan was the CEO at the time. He had been looking for someone with expertise in education publishing and distribution to partner with the founders to take the business to the next level.

Dan’s expertise is in instructional design, and in his new role as Executive Producer he can focus his energy on building kick-ass learning games. I’ll take on most of the business stuff and focus on the go-to-market side of things.

Filament has developed and refined a unique development process that blends instructional design and game mechanics to build engaging and informative learning experiences. The team includes teachers, commercial game developers, instructional designers, researchers, and veterans of the education technology space. It is a heady environment bursting with ideas and energy and poised for even bigger things to come.

Leslie and I will be relocating to Madison over the next couple of months. I’ve already had a dinner of summer sausage and cheese curds and am looking forward to next year’s Grilled Cheese Month.

As time goes on I’ll report back on what we are up to.

In the meantime, if you have an idea for a game and need a great team to help you realize your vision, give us a call.