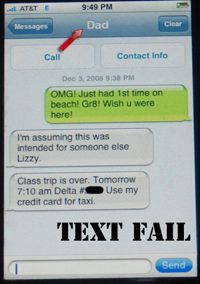 Danah Boyd – one of the most incisive thinkers about how new technology is reshaping our lives (and more importantly to readers of this blog the lives of teenagers) – was recently hired by Microsoft Research. She gave a talk that summarized at a high level the history of social media, how teens and adults use it differently, and policy and behavioral implications for all of us to consider.

Social Media Is Here to Stay – Now What?

Its brilliant. Go read it. It will only take about 15 minutes and you will learn something – I guarantee it.

Here are a few select nuggets:

“For users, Web2.0 was all about reorganizing web-based practices around Friends….While many of the tools may have been designed to help people find others, what Web2.0 showed was that people really wanted a way to connect with those that they already knew in new ways. Even tools like MySpace and Facebook which are typically labeled social networkING sites were never really about networking for most users. They were about socializing inside of pre-existing networks.”
“Many who build technology think that a technology’s feature set is the key to its adoption and popularity. With social media, this is often not the case. There are triggers that drive early adopters to a site, but the single most important factor in determining whether or not a person will adopt one of these sites is whether or not it is the place where their friends hangout.”
“Social network sites became critically important to [teens] because this was where they sat and gossiped, jockeyed for status, and functioned as digital flaneurs…Adults, far more than teens, are using Facebook for its intended purpose as a social utility. For example, it is a tool for communicating with the past.”
“The key lesson from the rise of social media for you is that a great deal of software is best built as a coordinated dance between you and the users.”
“Policy makers in this country are hell-bent on “solving” the safety problem, but what they’re trying to fix is not what’s really happening. Yet, in trying to address public fears, they run the risk of putting more kids in harm’s way AND forcing companies to build technologies that would help no one. As parents, citizens, and a corporation, we have a responsibility to understand what is actually going on here. (One of the advantages of adult participation is that they’re starting to grok what’s really going on on these sites and the fears are subsiding.)”
“This is a systems problem. We are all implicated in it – as developers and policy makers, as parents and friends, as individuals and as citizens.”