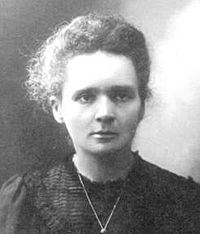 Homing is the foundation skill for the 21st Century. Homing is the ability to circle in on key information, untangle it, filter it, order it, and ultimately make sense of it.

A middle schooler writing a report on Madame Curie in the mid ‘80’s typically went to an encyclopedia and one or two books. Today’s middle schooler is likely to start with Google which returns 2.9 million links. Even the Wikipedia article has over 200 links to other resources about her. Yikes!
There have been several good reports on 21st Century Skills. However, in an age of infinite input students can only develop those skills if they have a strong homing skill. Without it they will be lost in a sea of data (which is increasing at 66% per year).

My thinking on this topc was spurred by a very cool mind map that shows the forces that are affecting education. Will Richardson’s comments on Weblogg-Ed led to the question “where do teachers start?” The map captures the complexity beautifully, but it will overwhelm all but the most stalwart digital warriors.

All skills are not equal – in the 19th and 20th Centuries reading was the foundational skill. Other skills were important – basic math, scientific literacy, civic awareness – but without reading it was extremely difficult to develop the others. You always start with reading.

For 21st Century Skills I believe homing is the foundation and the place to start.

What are 21st Century Skills?

For those who are not familiar there have been several groups that have defined the skills, talents, and mindset that education can cultivate for this century. A good example are the enGauge 21st Century Skills which are sorted into
* Digital Age Literacy (e.g. scientive, visual, multicultural)
* Inventive Thinking (e.g. adaptability, risk taking, creativity)

ETS and The Partnership for 21st Century Skills use similar categories in their schema. These reports represent some great thinking about the full range of skills required for success in the coming decades. If you would like to learn more about them I strongly encourage you to follow the links.

But – assuming that kids can read and compute and do some independent thinking we still have a problem with the 21 Century Skills. Developing skills is contingent on access to the content to use the skills. If I want to be a lawyer but I have no access to law books or courtrooms I can’t develop the skills. If algebra is important to me but I haven’t mastered basic math I’ll be lost.

With the end of scarcity (at least for information) homing is going to serve the same role as reading did for earlier generations. It is the skill that will help them find the most relevant information at the same time that the information available is expanding dramatically.

Homing: To move or lead toward a goal: The investigators were homing in on the truth

The question for publishers and teachers is how are you teaching homing skills? 21st Century Skills are not based on the ability to spit back a set of facts on demand, hence the textbook isn’t the answer. We need to rethink products and curricula so that we are teaching kids how to develop their homing skills so that they can find the right information at the exact time they need it.

These solutions will have to be web based because that is where the information is. They will probably involve a mix of a formally recognized discipline of search and navigation growing out of Library Science, new search technologies, walled gardens, and open tools for exploration (see this very cool example).

It isn’t enough to know how to push a mouse around, homing in the the right information is the critical foundation skill.

For More:
SREB EvaluTech for an overview of several schema
Metiri Group and enGauge