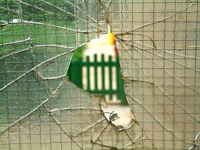 Today’s walkabout focuses on a fundamental shift in the instructional materials industry away from the scale economics of the big textbook publishers to the value of niche focused expertise. I believe this is the future of our business.

In a world where Home Depot crushes the local hardware store only themselves to be crushed by Lowes this probably sounds foolish. Why shouldn’t Pearson and Houghton Mifflin Harcourt do the same in education? In their business model everything becomes a commodity and low prices rule. Indeed – that is precisely what has happened over the past couple of decades in education.

But there are fundamental and intersecting trends that are leading us away from this model and in a fresh new direction.

An Era of Disruptive Change

There are three extrinsic forces reshaping the larger world around textbook publishing which are starting to exert counter pressure to the trend to gigantism.

All three of these forces were unleashed by the web over the last fifteen years.

In this new environment the very things that make the large publishers strong work against them. I’ve written about them in the past couple of years (links above) – but I realized recently that the synergies between them are accelerating and amplifying change in education publishing.

Music, television, newspapers, trade books, and even the family snapshot have all been turned on their heads by digitization. Despite significant investments in educational technology over the last 30 years textbooks have been largely immune until very recently. Ingrained statutes, classroom practices, and cultural expectations about school have all contributed the delayed transition.

Economics also played a role – equipping every child with a mobile access device with enough bandwidth and battery life to deliver content digitally is still a mountain too high.

But cracks in the foundation have appeared – Texas, California, Indiana, and several other states are leading the way towards using textbook dollars for technology substitutes.

For the major publishers the problem is the same faced by the music industry. It turns out most people don’t want to buy the whole damn album – just the 2-3 songs they like. Self-publishing undercuts the monolithic products built by the mainstream publishers.

Consider that many of us now:

In all these cases it was not an industry insider who created the platform for the remixing. The big companies have all tried to control their customers only to learn the hard way that their customers want something more open than what they are willing to offer. Apple not Sony drives the music business these days. Walled gardens simply don’t last (take note Apple…).

The big publishers would survive this alone – there is enough value in the professional creative and production processes that they continue to meet customer needs even when their products are broken up into small chunks. People want curated and professionally produced content.

But unbundling will have an impact on revenues. Consider – total recorded music sales (which includes digital downloads) decreased by 25% between 1999 and 2008 (IFPI) and may fall another 10% by 2013 (Forrester). It is still a $10.4 billion business, but it is continuing to contract.

Globalization both helps and hinders the big guys. On the help side it allows them to spread their investments in underlying platforms across more markets. At least in theory.

From a content standpoint the problem is that when it comes to learning culture matters – A LOT. This is an area where educational publishing is radically different from trade publishing. A good novel travels well – witness the orchestrated global release of The Girl Who Kicked the Hornet’s Nest.

But in education even a math textbook can stumble when the examples given on one culture make no sense in another. Why would I care about driving from Detroit to Cleveland in Australia? The cultural problems are far worse in Social Studies and other soft subjects.

So size doesn’t necessarily give you a leg up here. As I write this I’m on the train to Frankfurt for the Buchmesse (Book Fair) – the largest gathering of publishers in the world. I’m hoping to find other like-minded small to mid-sized publishers who have materials we can use in the US or who are interested in localizing our materials for their culture.

Yes – the big guys can do this internally, which nominally makes it easier. But as someone who has witnessed the political wrangles that come with such attempts I can’t honestly say it truly isn’t much easier in the end.

Another no less important aspect of globalization that plays against the big publishers’ model is that it is now much easier to outsource industrial scale in Bangalore (pre-press) or Chicago (warehousing). Internally generated industrial scale does produce savings, but with a huge increase in inflexibility. Inflexibility in a dynamic environment is a recipe for disaster (see my post from a few days ago.

Digitization and globalization are problems for big publishers – but they are not potentially fatal. What the conglomerates may not survive is the attention economy.

The “law” of supply and demand is simple enough – what is in short supply and high demand has more economic value than the opposite. With information doubling and doubling again every 2-3 years what used to be the purview of monks huddled in monasteries is now scattered around like motes of dust.

In this new environment our time and our attention are the finite resource strained by the flood of information. The economy may be rebuilding itself around helping us navigate to what matters quickly.

When it comes to buying behavior this isn’t too noticeable with small low cost purchases. But the consequences of mistakes multiply as decisions become more complex and the impact on your life becomes larger. Circle back to accountability and the pressure this is putting on school administrators. If they buy the wrong curriculum they may not have time to fix the error before they lose their job.

In this context access to expertise becomes very valuable and companies that can help their customers make informed, relevant, and effective decisions will thrive.

One Sales Force to Rule Them All (or not…)

Under pressure to deliver ever more efficiency the major publishers have gone in exactly the opposite direction of expertise. They have collapsed and consolidated their sales teams into one-size-fits-all models that are somehow supposed to sell thousands of products in dozens of niches. It may have made sense to someone on Wall Street, but it is absolutely no help to decision makers in schools making consequential decisions.

In other words – they can’t effectively sell that many products. While small to medium supplemental publishers see their business struggling with the economy the major publishers have sent their supplemental lines implode from neglect.

Anecdotally I’ve heard that the same dance is playing itself out in trade publishing – the big guys can’t compete in the niches anymore and are falling back into the blockbuster novels and memoirs where their distribution and marketing muscle make a real difference.

If all the major publishers are left with is a shrinking set of textbook adoptions under siege from software and open source solutions profitability even with their scale economics is going to be tough.

In the attention economy the game belongs to the specialist, those focused on going deep and narrow, those who exhibit what the Japanese derisively call “otaku.” Obsessively developed expertise.

To recap this series.

2. The major publishers ballooned in size over the past couple of decades in response to the standards movement and increased accountability. This simultaneously made textbooks commodities and played to the publishers high end sales forces that could reach district offices.

3. Digitization, globalization, and the attention economy are combining to undercut the value proposition of the major publishers and drive demand for expertise rather than scale. (this post)

Am I predicting the end of the major publishers? Probably not. But their job is about to get a whole lot harder and growth in the industry is going to center around companies that can digitize, globalize, and still deliver deep expertise.

Big companies can do this, but it remains to be seen if they will.