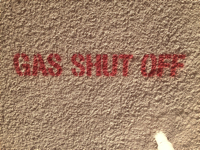 We’ve all heard the voices of DOOM about the looming budget cuts from the sequester. I call BS, at least as it affects K12 education.

Laziness often drives how we talk about education funding. Because it is easy to track federal spending we focus our energy there. But this willfully ignores the plain fact that 90% of funding for education comes from state and local government, the Feds only account for 10%.

Do the math. A 10% sequester driven cut in Federal spending means a 1% cut to total education spending.

Where the hell were all these crepehangers when education went over the cliff last year? “Bueller? Bueller? Bueller?” No doubt a 1% cut will cause real pain, but relative to what has already been done to education it is a coda, not the main event.

In the fall of 2011 there was no political will left to tackle the ongoing gap in resources at the state level for education and the stimulus was allowed to lapse with no more support from the Feds. State budgets were still in crisis, in fact many had not bottomed out yet. As a result, at least one estimate I’ve seen said that overall spending for K12 declined over 15% in 2012.

To the educators, local policy makers, and companies that serve this market it was and remains a genuine crisis. Speaking only for the companies, It was particularly brutal because on average we saw year over year declines between 20% and 50%. Schools protected people first and delayed or cancelled materials purchases. That isn’t a criticism, they made the best decision in a tight corner.

So when I hear people associated with the Military moaning about the impact of 10% cuts (while we are winding down the wars of the last decade) my uncharitable reaction is that they need to man up and get on with it. Education already did their part.

If we are going to jam kids into larger and larger classes, cancel teacher training, cancel physical education, and close libraries then maybe we don’t need more F-35s (which don’t work anyway).

There will be a few places where the new education cuts will be further insult to injury – notably Special Education and high poverty Title 1 schools. Federal programs generally make up a much larger percentage of these particular services – in Special Ed Federal spending is somewhere between 15%-20% of the total. That means sequester cuts of about 2% of the total.

I don’t mean to minimize the pain even a 1%-2% cut will inflict on school systems where they have already squeezed any slack out of the system. It will cause cut backs in essential services. But this will be an extension of the much deeper cuts from last year, not something new, and the scale will be significantly smaller than what we have already lived through.

The bright side of this story is that state budgets are finally recovering as the housing market stumbles out of its funk. This will be a slow grind over the next three years – there is no miracle in sight. This turn will have a far bigger impact on education and the companies that serve it than any failure to legislate in DC. I suggest you direct your attention there as you look to the future.

Unless of course the deficit hawks throw the whole freaking economy back into recession. Frankly I’m with Charlie Pierce on this one “Fk the deficit. People got no jobs. People got no money.” But that argument doesn’t seem to be carrying the day. So I suppose we’ll have to jam this fork into the electrical socket and learn what cutting an additional 1 million jobs means when the overall economy and state budgets are fragile. 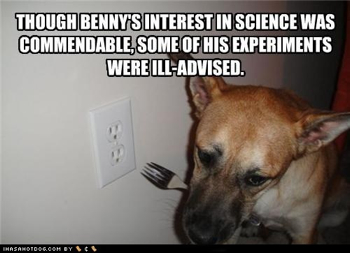