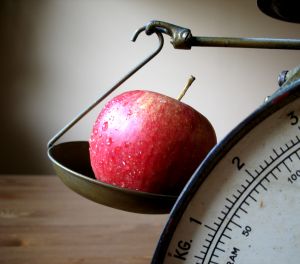 Granof was kind enought to respond with some feedback on my piece. Below I’ve included the parts he responded to, his comments, and my clarifications/additions/agreements.

Granof’s comments are bold, citations from my prior entry are blockquoted, and my follow up is in plain text.

Granof – Thanks for your thoughtful comments

But I also think it is disingenuous to point at books as a major cause of this inflation.

Granof – Never said it was

True. My point, which admittedly was poorly stated, was that books are a relatively small portion of the cost of higher ed and that perhaps we should look to the larger buckets that are increasing at a high rate first for savings. Books can and should come down in cost, but in the end it will have a relatively minor impact. The emotional impact, students are “forced” to buy textbooks and see exactly what they are getting at the time of purchase, probably makes the problem loom larger than it is in the overall scheme of things. When I pay tuition I don’t see the amount that goes towards the football program, running the fountains on campus, or TA housing subsidies – but in reality I’m “buying” all those things.

The Association of College Bookstores puts the average cost of a new textbook at $52.

Fair enough – I cruised through the Longman catalog as a point of reference and the average price did appear to be higher than $52. I should have also made clear that these numbers came via AAP which has a bias to make them appear smaller. For that reason I used the numbers he provided in the examples.

Granof – Correct. Since students sell their book their net cost is far less than the new book cost. The student who pays the most is the last one stuck with the book.

Another negative aspect of this is that since students anticipate reselling books they don’t mark them up they way they would if they were keeping them. For many learners this is a very effective strategy for internalizing the information presented. Personally I make notes all over books I read for informational purposes so that I can go back later and find the critical bits.

Granof – Never said they would. E-books have yet to catch on. My proposal does not assume that students will use the e-version.

The impression I got from the article was that the the print part was an afterthought not the main distribution mechanism. There are significant costs associated with the physical distribution of books. Would this be handled more like adoptions in the K12 Market where a school district purchases and then manages the inventory of textbooks over a 6-7 year life cycle? In that market, which has largely been commoditized due to state standards and statewide purchases, prices range from $35-$65 for hardback basal texts. This would be an improvement, but the University would then have the costs of maintaining warehouse facilities and distribution tracking systems which would presumably be passed along to students. It would also probably only work in the large survey courses, not in the specialized niche courses where I presume most of the highest cost texts are found today.

For example I’m surprised that an accounting professor would assume that any company would be willing to accept “a small profit” unless there are serious market forces that make that a requirement.

Granof – But in signing a license agreement the universities can also negotiate the price of the hard-copy version. And universities having plenty of bargaining clout

True – if universities took this on it would create the required market pressure. I do think that the institutional inertia on both sides would be enormous and difficult to overcome. Perhaps a simpler solution would be for Professors to keep using older copyrights rather than switching to the new version. This is something that individuals could do today without institutional permission. There is a subset of Professors who are in the royalty game who would join with the publishers in opposing this approach.