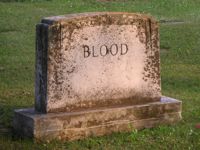 Will a middle school video game to teach ethics using a story line out of zombie movies and Frankenstein work? Doug Thomas at USC’s Annenberg School of Communication is working on “Modern Prometheus” a game that involves plagues, body parts, and building a better monster.

My hat is off to the Professor and his team but I question how much real life ethics they are going to teach. One of the fundamental challenges we face in creating serious games is the balance of fantasy vs. reality. Deciding whether or not to dig up graves for body parts just isn’t something your average middle schooler is going to be faced with on a regular basis. On other hand – being nice to the new kid or saying goodbye to a friend who is using drugs are very real.

It also surfaces one of the more vexing issues the entire game industry is facing – how do we move away from guns and gore and yet maintain fun game play? Mainstream gaming sites are full of lamentations about how staid and formulaic most games are today (despite fascinating new entrants like “Portal” from Valve – crazy fun and mind bending at the same time).

In the world of edugames a range of solutions to this challenge is emerging. At one end of the spectrum you have titles like Modern Prometheus and DimensionM from Tabula Digita which use themes involving shooting and gore that are close to mainstream games. [UPDATE: I should have been clearer in my writing here. Tabula Digita’s products do not involve gore. They do have some shooting, although this is not the focus of the game and is directed at inanimate objects. Look for their thoughts on this question here soon.] The argument in favor of this approach is that it is familiar to the students. This should make adoption easier and make it more engaging.

The problem with this approach is that for good reasons most schools have strict rules about violence and its depiction on campus. The similarity in educator’s minds to more violent and socially unredeeming games could stall adoption at the school door. 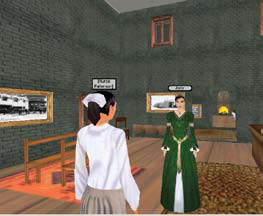 At the other end of the spectrum we have games like Food Force from the UN and River City from Harvard School of Education which attempt to model real life scenarios using video game technologies. While interesting these games can feel a bit stilted at times.

I was encouraged to see that the USC team is allied with Sasha Barab’s Quest Atlantis project because they are taking the middle road. A fantasy world for sure – but one that doesn’t rely on violence to engage the learner.

In the end, success for edugames will depend on sound game play. If you are not familiar with Raph Koster’s work on this topic I encourage you to read his book A Theory Of Fun and his blog. Raph and the group of thinkers he is a part of talk about game play “atoms” and other essential concepts that should allow us to take instructional content and build games that are insanely fun to play.

You should also play as many games as you can (work work work..). Knowing the canon and the vocabulary (visual, linguistic, social, and competitive) of modern games is an essential grounding for helping us all take this concept to the next level. Get in touch if you want some suggestions on where to start.

We have to find some new environments and themes to ground edugames in – shooting and flinging body parts around isn’t going to cut it except in Forensics 101.