How are education publishers reacting to the economic downturn? Guest blogger and PR maven Charlene Blohm shares some concrete examples of steps companies are taking to trim expenses.

District budgets are tight – many schools have already lost the music teacher, the art teacher, the band teacher, the librarian. Left with few other places to cut, two elementary schools near us will be sharing a principal next year. Districts seem to be delaying major purchases and upgrades, especially with administrative or support systems (those that aren’t directly tied to student instruction).

How are companies reacting? More than one company has adjusted its sales forecasts down based on decreased spending. The major sales they were hoping to close yet this school year are being delayed, with the forecasted income moving to the next school year.

As a result here are some of the cost saving actions we are seeing across the market. 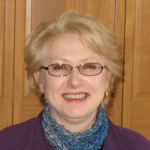 Charlene Blohm is the President of C Blohm & Associates a full service Public Relations firm focused on the education market.